Making their Tribfest debut, and bringing the 'New Romantic' era back, we're pleased to welcome, True Gold, a tribute to Spandau Ballet.

True Gold have established themselves as one of the most exciting and accurate tribute bands on the UK scene!

Over the years the band have impressed so much that they have gained great praise and backing from Spandau Ballet themselves!

With a set list full of hits, you'll be singing along to 'Gold', 'True', and 'To Cut a Long Story Short', plus many many more!

True Gold have played many UK venues over the years including Sheffield City Hall, Genting Casinos, Brighton Pavilion, Birmingham Symphony Hall & the Manchester Apollo, Butlins Holiday Camps, Warner Leisure Resorts and many corporate shows for BMW, Vodafone, Jaguar, HSBC, Barclays and British Airways as well as plenty of private functions and in 2015 the band 'bought a ticket to the world' and now Europe has discovered TRUE GOLD this and you'll find the band at several venues, festivals and for exclusive corporate shows in Holland, Germany and Spain during this Summer. 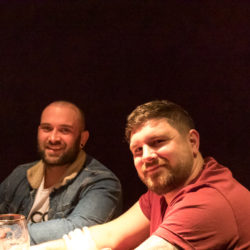