Tribfest | Our first headliner for Tribfest 2014!
Go to homepage
Menu

Our first headliner for Tribfest 2014!

We've already announced 5 bands for the main stage lineup at Tribfest 2014 and now it's time to give you one of the headliners for the world's biggest tribute band music festival. Tribfest 2014 is set to be the biggest and best yet. So far we've already announced that Slyde Alive, The Weller Collective, Lareena Mitchell as Adele, 1984 Simple Minds, and UK Foo Fighters will be playing on the main stage. We've got a cracking lineup so make sure you don't miss out. Buy your tickets here.

After stunning performances in the VIP Marquee in 2012, and on the main stage in 2013, Meet Loaf is back to headline Tribfest on Friday 15th August 2014. With his powerhouse of a show, expect to be blown away by how accurately this band capture the sound, and look of Meat Loaf.

Terry Nash is the only true Meat Loaf look and sound-a-like, having featured on the classic TV programme 'Stars In Their Eyes' in 1996, and going on to win the competition, Meet Loaf brings you the ultimate tribute show. Terry performs with a 100% live band recreating the true look and sound of Meat Loaf. Click here to watch Terry on Stars In Their Eyes

As you will see from the photos and video clips – Terry is a True Look and Sound alike of the Great Man and unlike virtually ALL of the competition; He doesn't need to hide his face behind dodgy wigs, make up & other concealing props!

Terry has been performing his Meet Loaf tribute for 20 years and keeps getting better and better. This headline performance will definitely be one to watch!

This show IS BELIEVABLE!

This will be his third appearance at Tribfest and his second on the main stage, 'Two out of three ain't bad'! 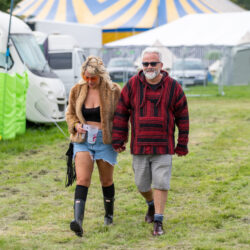 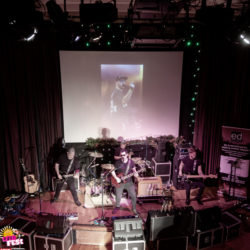 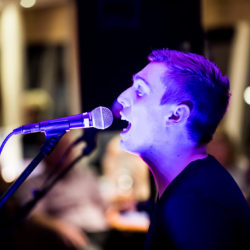