Tribfest | The Couch are back!
Go to homepage
Menu

The Couch are back!

We've now reached the point where it's time to announce the final band who'll be completing the main stage lineup at Tribfest 2014, the world's biggest tribute band music festival. Make sure you're a part of it and get your tickets here

We're very proud to announce that The Beautiful Couch, a tribute to The Beautiful South and The Housemartins will be playing on the main stage on Saturday 16th August 2014.

Emulating two of Hull's finest, and most popular exports, The Beautiful South and The Housemartins. The Beautiful Couch first formed in 2002, playing all over the country. 'The Couch' built up a loyal following and a huge reputation in the tribute band world. Playing venues such as Liverpool's The Cavern and the Matthew Street Festival, the KC Stadium in Hull, and they also supported Deacon Blue and The Commitments at Humberfest!

After taking a few years off, the Couch returned for a one off gig at Hull City Hall in May 2012. Such was the demand for the band to return, they decided to grab their instruments and return to the stage and the fans flocked to see them. 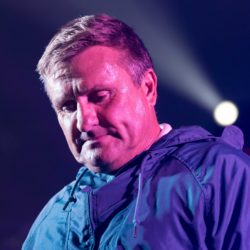