Tribfest | Too Much, Too Young!
Go to homepage
Menu

Too Much, Too Young!

Today we've got another brilliant addition to the lineup in the VIP Big Top at Tribfest 2014, the world's biggest tribute band music festival. Become a part of it and buy your tickets today here.

"A Message To You Rudy"

We're very pleased to announce that The Extra Specials, a tribute to The Specials, will be playing in the VIP Big Top on Saturday 16th August 2014.

The Extra Specials, are a tribute to this great band and are a 2 Tone and ska revival band formed in the North East of England. Their music combines a "danceable ska and rocksteady beat with punk's energy and attitude". The band wear mod-style "1960s period rude boy outfits pork pie hats, tonic and mohair suits, and loafers. People who come to see the band literally find it impossible to stand still while the lads perform their set of classics from Too Much Too Young to Message To You Rudi. They have recently supported bands like The Selector, From The Jam, The Lambrettas and The Beat. 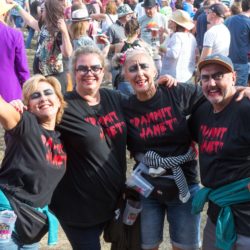